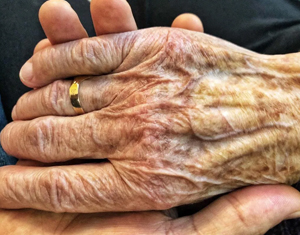 Parkinson’s disease (PD) is a neurodegenerative disorder that affects predominately dopamine-producing (“dopaminergic”) neurons in a specific area of the brain called substantia nigra.

Symptoms generally develop slowly over years. The progression of symptoms is often a bit different from one person to another due to the diversity of the disease. People with PD may experience: